To increase the productivity rate to 3 pcs./min
To produce boxes in flexibility (lot size 1)
To improve the appeal of automatically formed boxes linked to the customers' perception of the quality of the product inside the box

To meet the customers' requirements, the system was designed as shown in the layout below. 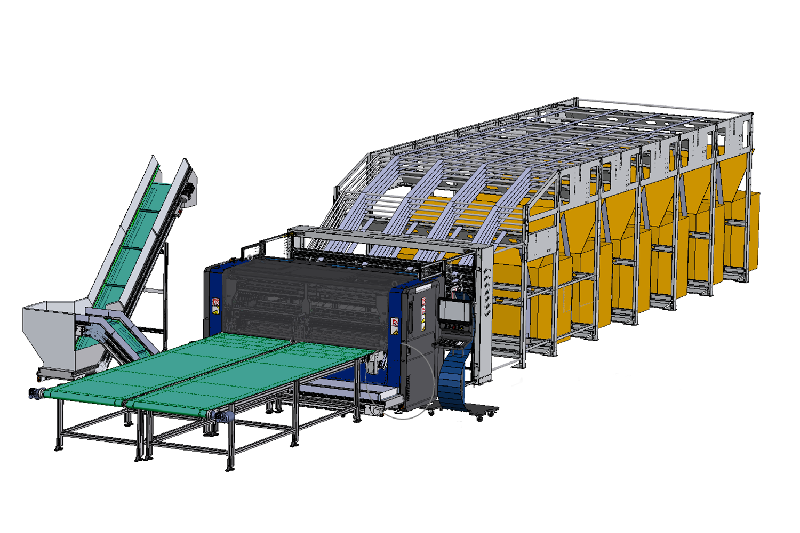 The system features a packaging machine EVO equipped with 6 fanfold slots and a waste management system. The machine produces the custom-made boxes that are then processed by the system. 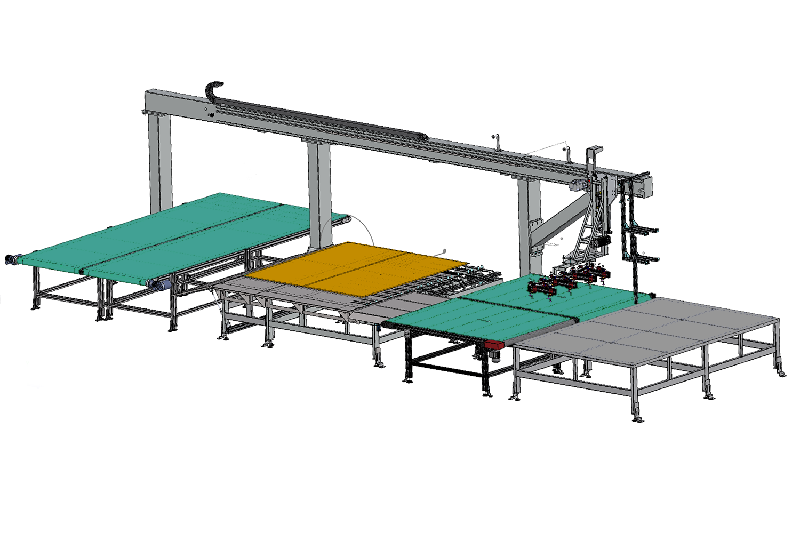 Once the box has been produced, it is moved and turned by 90° by the box handling system that positions it on the centring device located at the infeed of the FM410 forming station. 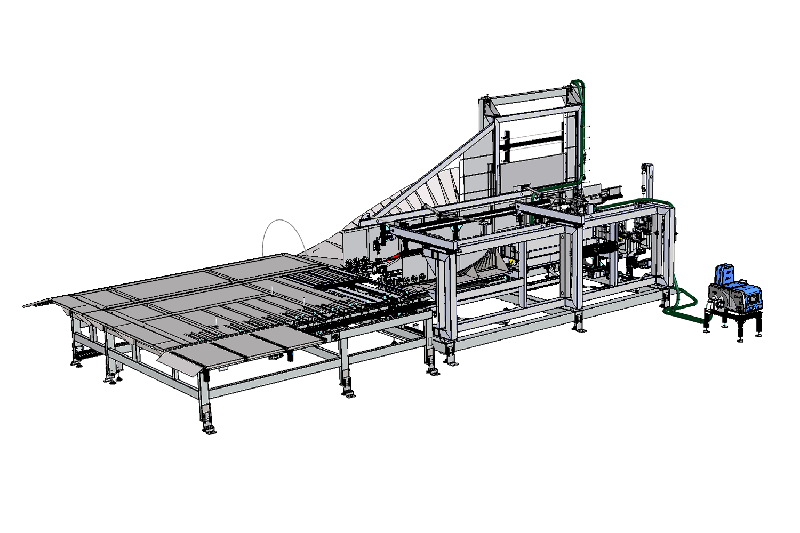 Before entering the forming station, the box is placed on a centring device where a mechanical system aligns it the box with the station.

The special feature of this forming station is that it is self dimensioning, so it does not require to be manually adjusted by the operator.

4Lowering System for the Box Lid 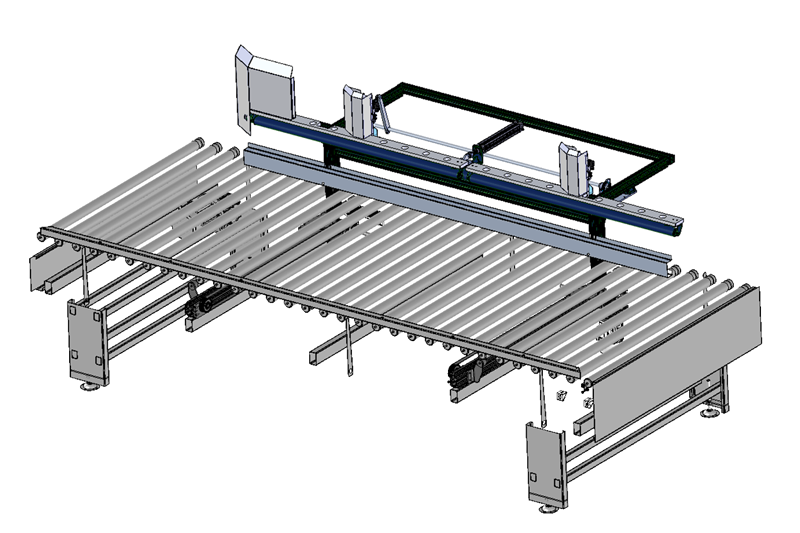 This unit ensures that the lid of the box stays bent forward, thus preventing it from tipping backwards so that the box reaches the operators in the prep bays properly formed. 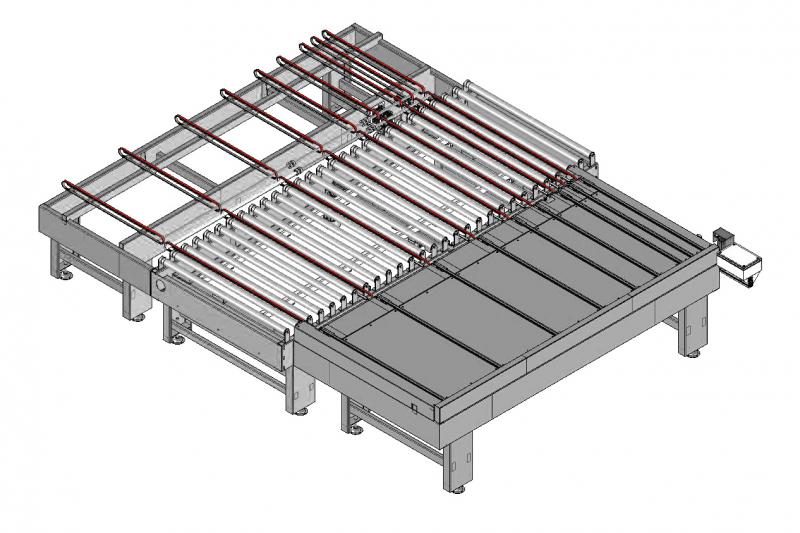 The trays supplied by the forming machine are then transferred to the prep stations by means of roller/belt conveyors.
At the prep stations the operators place the items inside the trays and once they are ready,  the operator releases the box back onto the main roller conveyor to be transferred to the CM410S box closing station.
The system includes four prep stations, the first of which can be used as a buffer but also as a prep station but with a lower flow rate. Basically all four stations can be used as prep stations.
The trekking of the trays and the full boxes is managed by the line supervisor in order to always ensure the operating flow of the line. 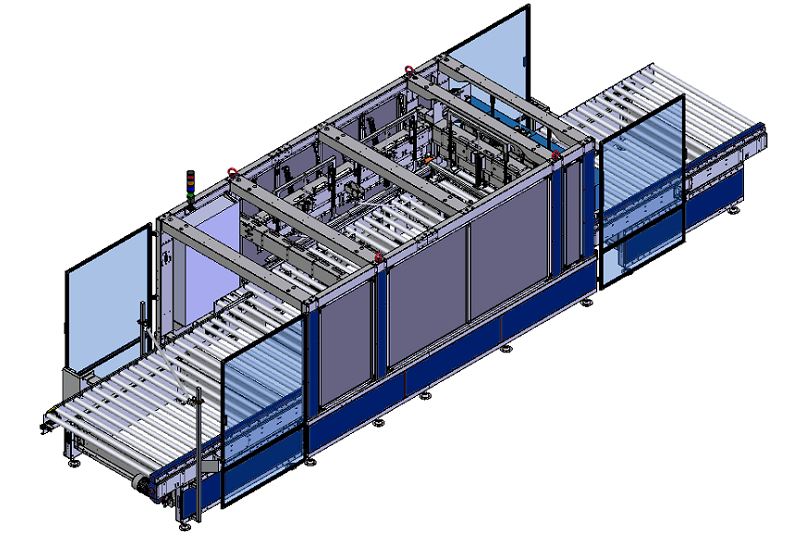 The items placed inside the boxes are conveyed to the CM410S closing station.
The CM410S is designed to close boxes FEFCO 410. The longitudinal flap and the two transverse flaps are sealed with hotmelt glue.
When the closed boxes exit the line, the system is already set up to close the following boxes. It is therefore possible to close boxes of different size in sequence and all boxes are closed automatically, WITHOUT DOWNTIME. 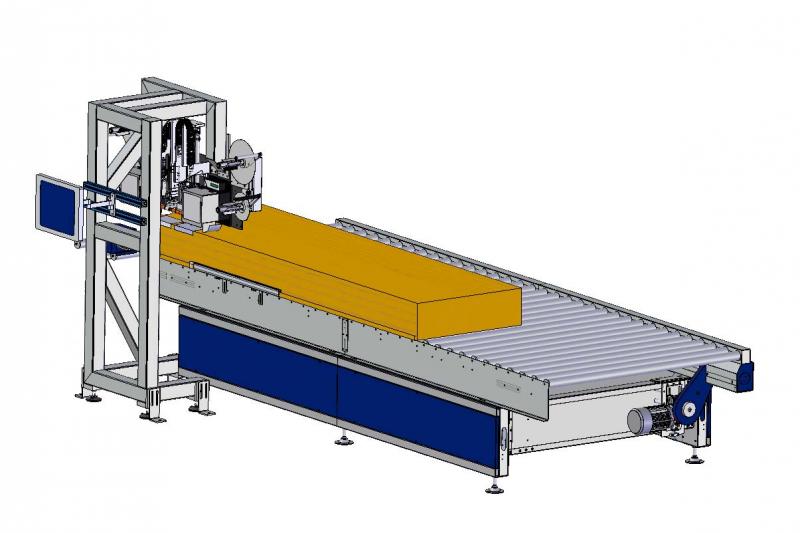 Once the box is closed, it is conveyed to the labelling area by motorized roller conveyor where a self-dimensioning machine, applies the corner label on the top and side of the box with all the required data transmitted directly from the line supervisor.

The box is then ready to be picked up manually by the operator.