To replace the current system of shrink-wrapping and the manual process of placing the cardboard side protections by using a single cardboard packaging to reduce the costs of the packaging material and cut down the power consumption of the machine, with a special focus on sustainability.
To automate the packaging process of high-end skirting boards thus increasing productivity.

The system includes a loading station for the items with belts that convey the skirting boards to an operator, who stacks them by hand and then sends them to the automatic coupling station.
A robot picks up the die-cut boxes, which are inserted into a die-cutting unit to be shaped automatically. An automatic pusher arranges the skirting boards into the box which is then automatically glued and formed at the last station. 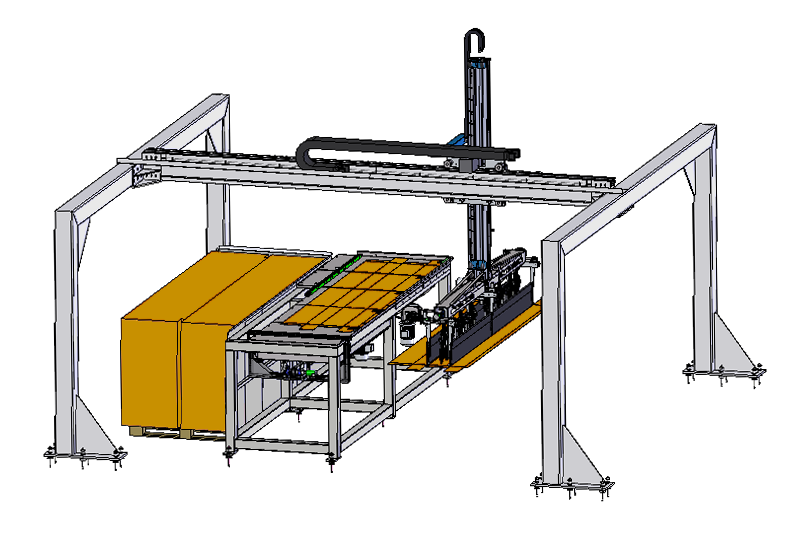 The system packs the product using stacks of die-cut cardboard and a fully automated handling robot collects a single die-cut from the stack of boxes and inserts it into the pre-forming station. 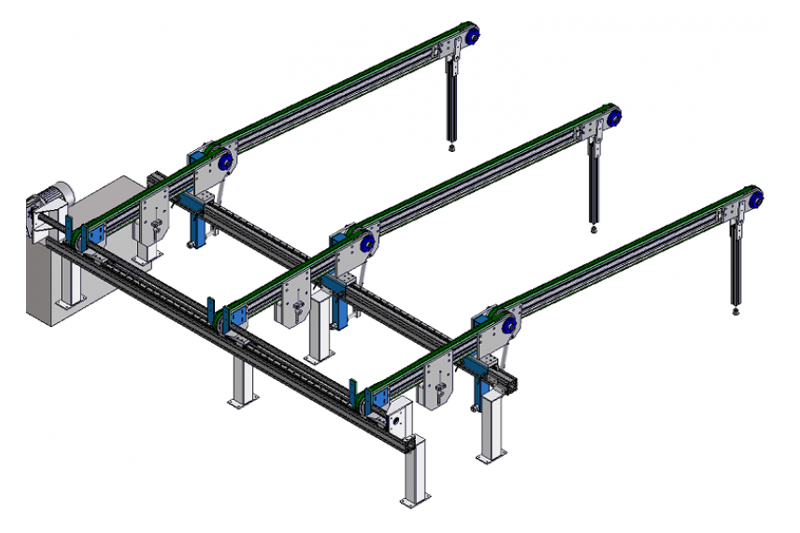 The products are discharged onto the initial part of the powered belt conveyor and are directed to the operator station. 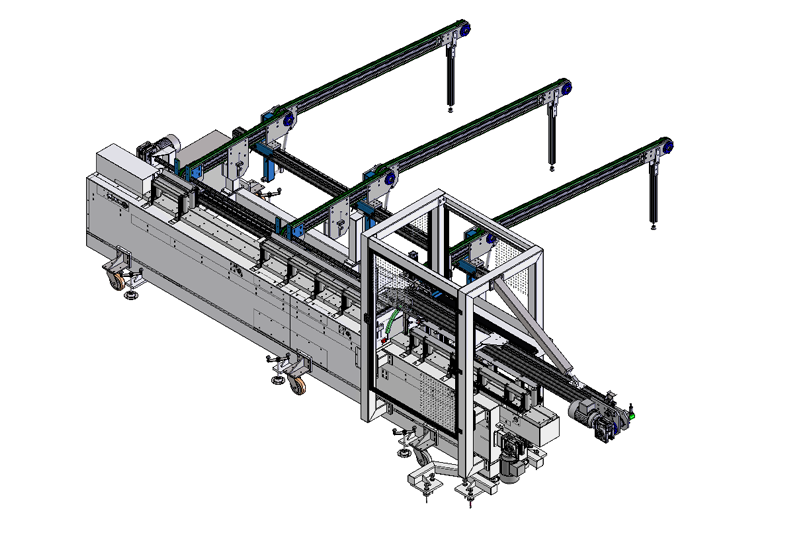 The operator removes the single profiles from the back end of the belt conveyor and stacks them into a width adjustable die- cutter. As soon as the operation is completed the operator sends the products from the die-cutter to the open box. 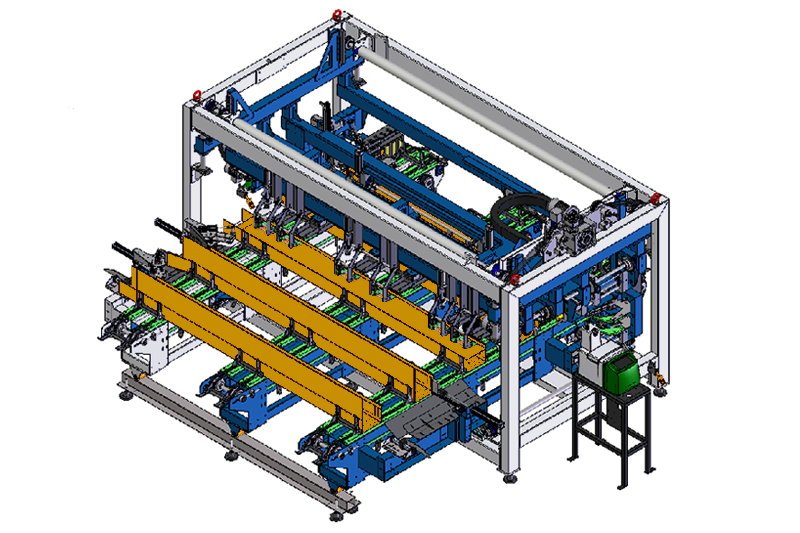 The die-cut cardboard is supplied to the forming station by a manipulator where it is shaped into a "U" so that the products can be placed inside. The box is then transferred into the  closing station.