The customer approached us because they were pursuing the following goals in order to enhance their production flow:
1. to increase the productivity of the packaging assembly line, which so far had been handled in a totally manual way.
2. to reduce materials that are harmful for the environment such as polystyrene protections (applied BY HAND and not recyclable)
3. to cut down deviations and waste (according to the concepts of MUDA & MURA) to a minimum in order to save time and manage consumption in efficient ways
4. to reduce returns to a minimum
5. to improve the appeal of the packaging and therefore the product image since customer's associate a high quality packaging with a high quality product

In order to meet the customer's needs the following solution was implemented:
1. Panotec provided a fully customized and fully automated system to produce and close fefco type 201 boxes.
2. All the polystyrene protections were replaced by honeycomb cardboard blocks applied automatically on all 4 sides of the box.
3. By implementing this solution along with the production of a tailor-made box just-in-time, thus reducing the amount of time allocated for packaging operations, productivity increased significantly (35''/box).
4. The box is provided with an additional protection and returns due to transport damage were significantly reduced from 12 to only 1 per month.
5. Effective improvements could be achieved in terms of product image (a high quality box for a high-quality product) and operational requirements (storage, handling and transport protection). 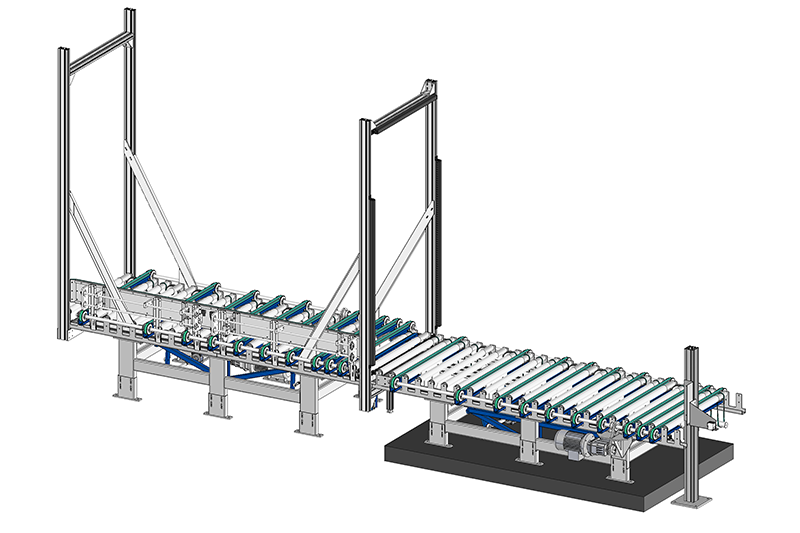 The first station of the packaging line, scans the incoming products (infeed from the customer's production line) The system is equipped with:

- a bar-code reader to scan the barcode applied by the customer including the item code.
- a measuring device to detect length, width and height
- a device to detect the support panel automatically 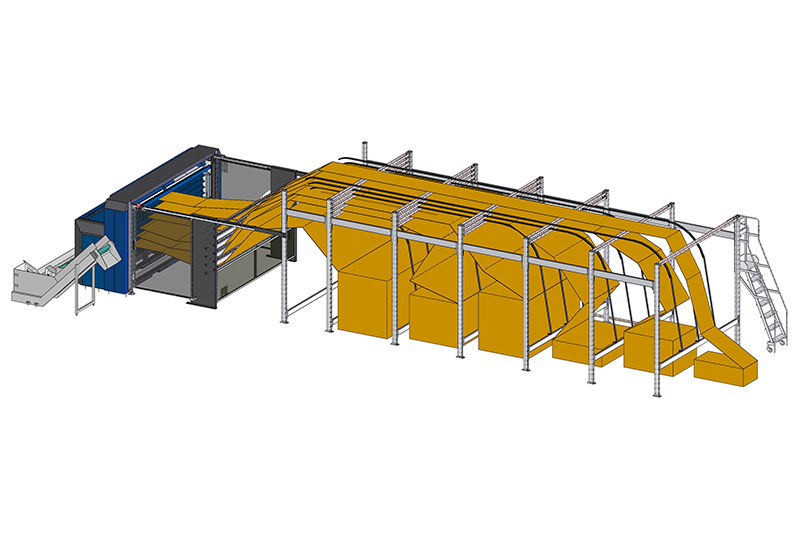 3Station for cutting and applying protections 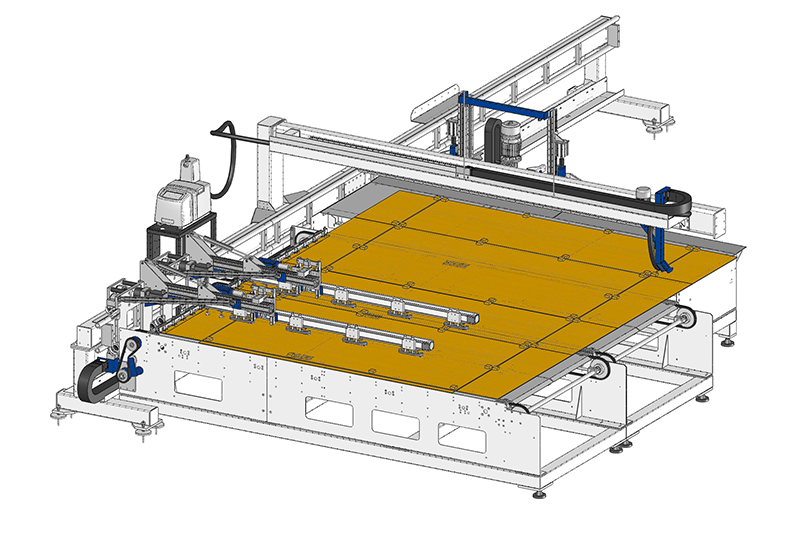 The special feature of this system is that it is able to produce honeycomb cardboard panels used as protections and placed inside the open box.

At the next station the protections prepared by the cutting station are applied to the packaging. It includes 2 manipulators that apply 2 protective pads at a time onto the open box, according to a pre-set pattern based on the size of the packaging. 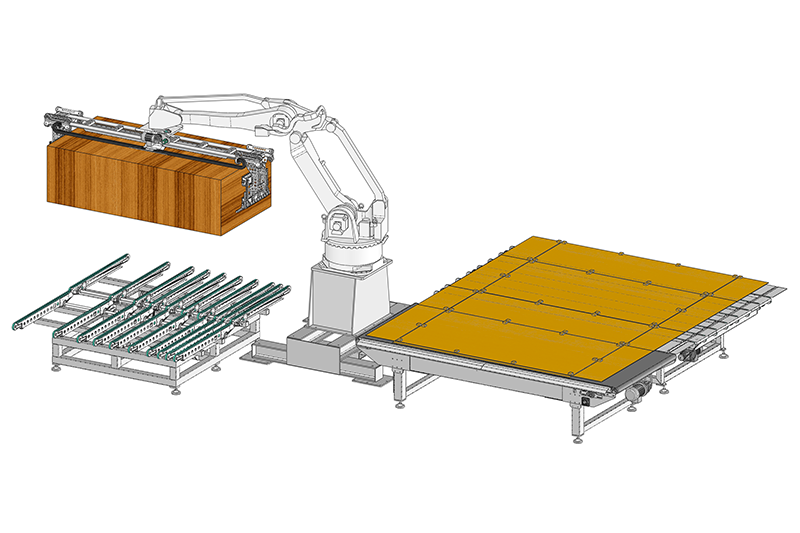 a handling robot wraps the box around the pre-packed item; then a holding device glues the upright flap onto the outside of the box using hotmelt glue.

The box is closed on top and the front flaps are sealed with hotmelt glue. It includes the following stations:

1- Wrapping station: a handling robot wraps the box around the pre-packed item; then a holding device glues the upright flap onto the outside of the box using hotmelt glue;

2- Front end closing station: the station folds and glues the 4 front end flaps of the box. the front end of one box and the back end of the previous box are closed in a single process. The boxes can also be of different sizes.

As soon as the gluing operation is completed, the box is transferred to the unloading station on a belt conveyor positioned at the outfeed of the closing station.