1) Set-up of a complete plant interconnected in real time with the customer's management system.
2) Automatic solutions for handling, forming and closing customised packaging
3) Set-up of an automatic plant with a supervisor system and buffering areas to increase production capacity.
4) Installation of a series of safety devices, both peripheral and system-based, to ensure operators can work safely. 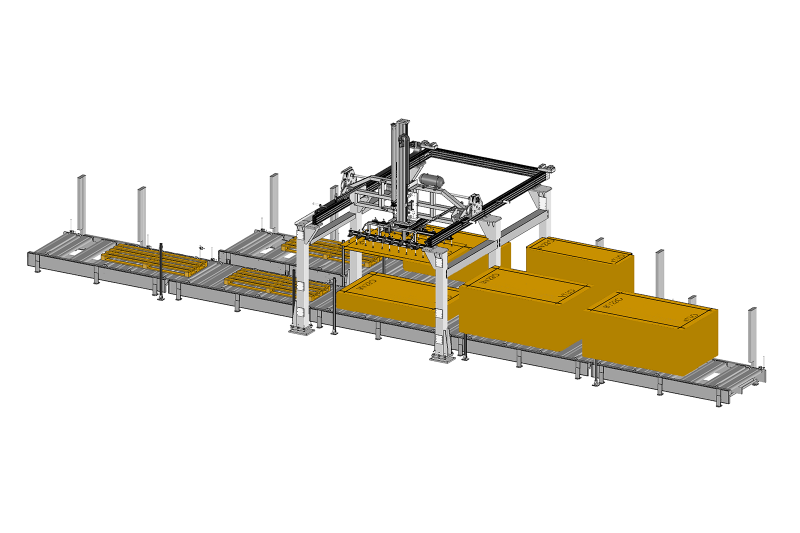 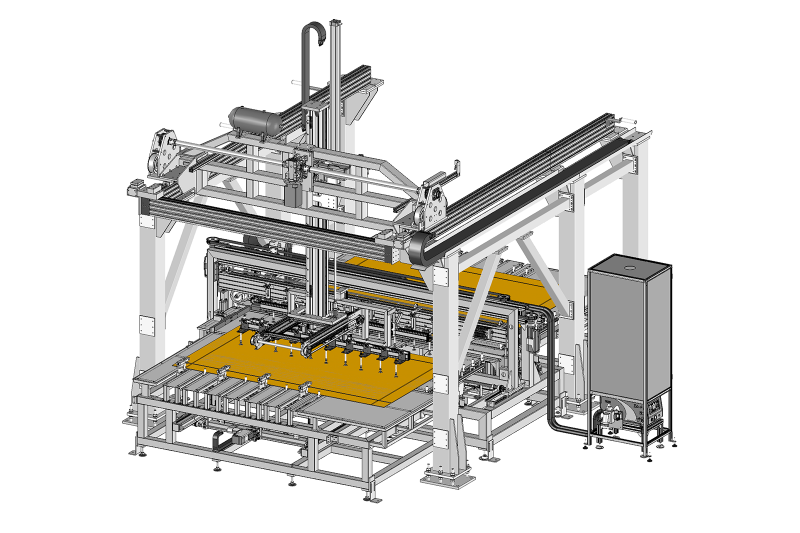 he handling device releases the two cardboard diecuts onto the gluing table and glues them together with hotmelt glue to form a single box F410. The box is positioned on a centering device. A mechanical system aligns the box so that it enters the forming station correctly.

The special feature of this forming station is that it adjusts automatically to all sizes and therefore does not require any manual settings. 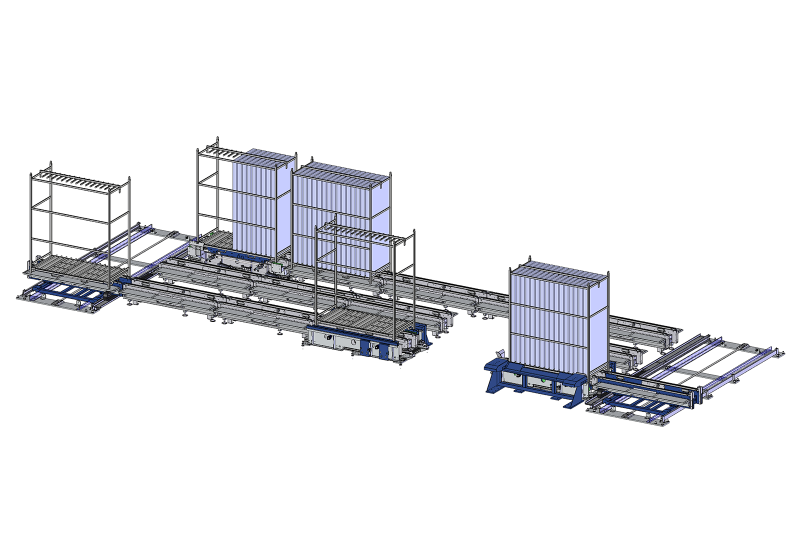 A series of item loading bays have been installed on the left side of the plant to convey the racks with the frames to the Coupling Station.

The bays are equipped with motorised roller conveyors and carry out product sorting which is managed by a Supervisor System. 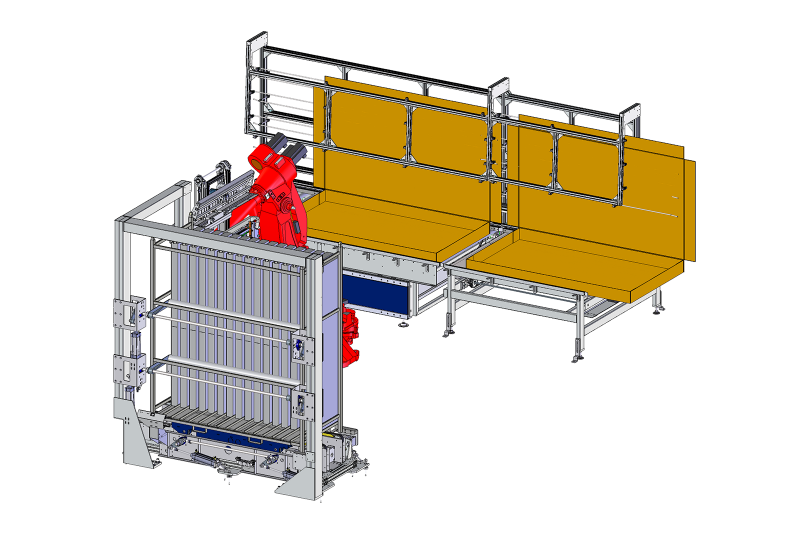 The box / item Coupling Station is equipped with an anthropomorphic 5-axis robot that picks up the frame from the basket and places it in the formed box at the exit of the forming machine. 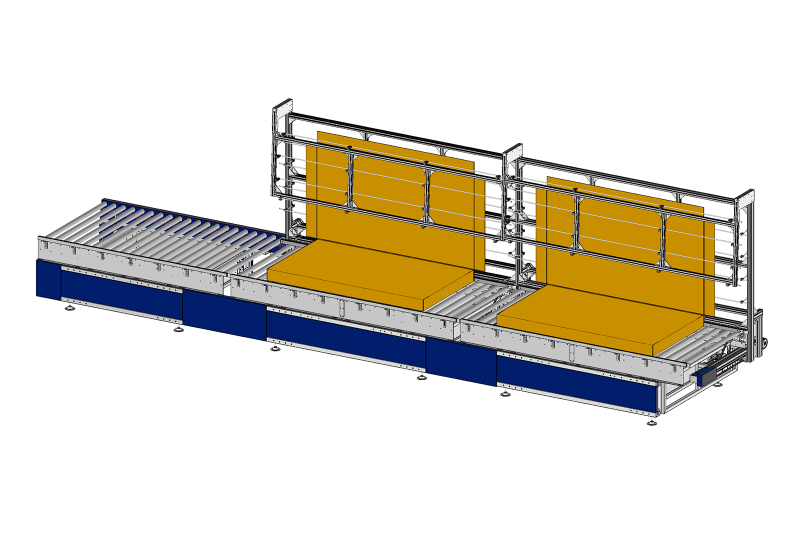 At the exit of the automated area an area was set up where additional elements can be added by hand; this also includes the machine that unwinds and cuts the plastic netting. 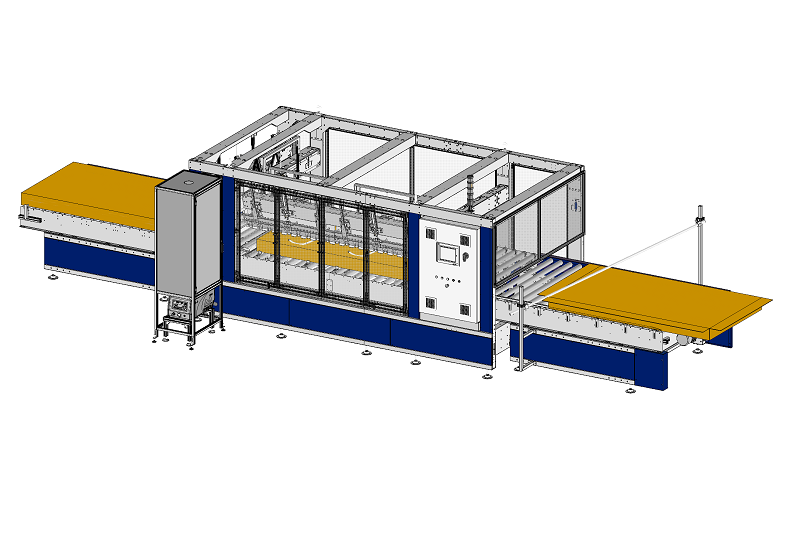 The boxes containing the product and the inner protections are then transferred to the CM410S closing station. The CM410S was designed to close boxes FEFCO 410. The longitudinal flap and the two transversal flaps are sealed with hotmelt glue. The properly sealed boxes exit the line and the station is ready to close the next boxes. So boxes of different sizes can be automatically closed one after another, NONSTOP. 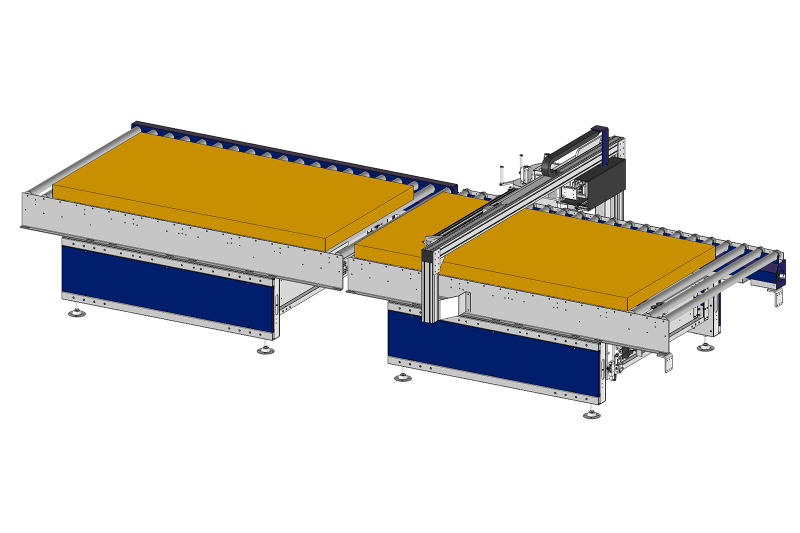 At the exit of the closing station, a labeling machine has been installed in order to automatically apply a label to the longitudinal side of the box. For palletizing there are two systems:

a first system uses the customer's standard baskets, where the robot picks up, by means of a gripper, the package and deposits it vertically on an automatic system that inserts the box inside the baskets. Once filled, the baskets come out of the line by means of a catenary, creating a buffering zone. 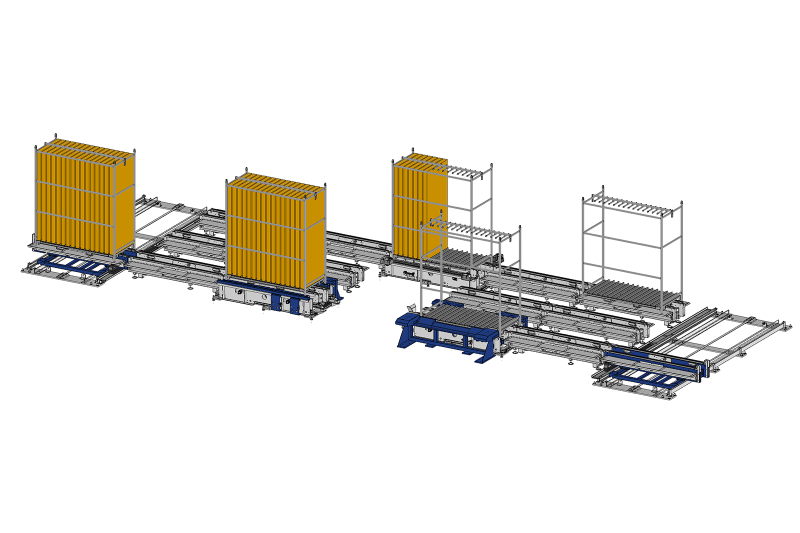 To the left of the palletising system, a series chain conveyors were installed as buffers for unloading and conveying the baskets with the packed items to the warehouse. 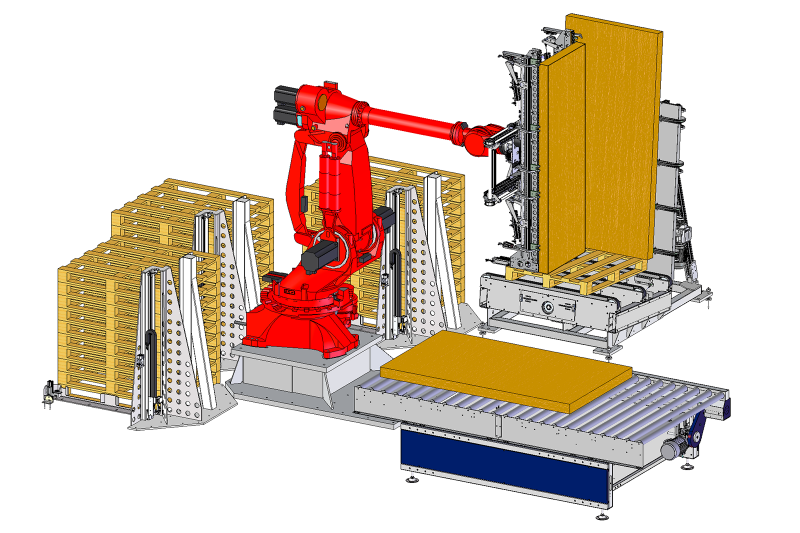 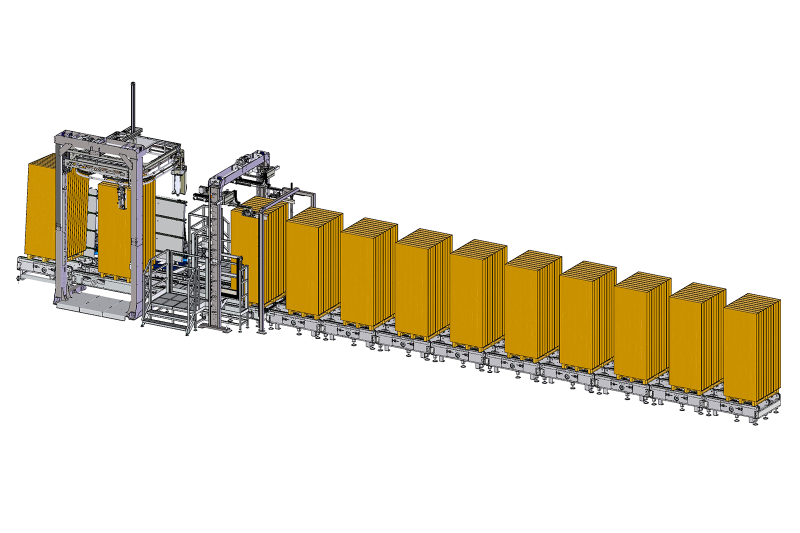 Once the pallet is completed, it moves on to the wrapping area where the machine straightens and wraps the boxes so that they form a single block.  The package is then transferred to the strapping area where the straps will be are applied, thereby making the package consistent and compact with the pallet underneath. At the exit of the strapping machine, a pallet turner rotates the pallet by 90° so that the previously applied labels are clearly visible and the forklift operator can easily identify the pallet.